A Beginners Guide to Capex vs Opex 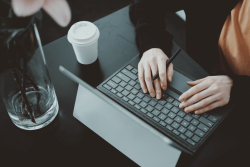 At some point, most businesses will come across the terms Capex and Opex.

Related to your business expenses, both refer to the money being paid out of your company – but in completely different ways. Is it time to lift the fog once and for all? Here’s a beginner’s guide to Capex vs Opex, explaining what they are, the benefits and disadvantages of both, and how these concepts can help you choose a Cloud computing model. Are you ready?

Capex stands for capital expenditure, and it refers to the expenses your business incurs in order to create benefits in the future.

As an example, if you invest in a new building or a new type of machinery, then this would be considered Capex. Why? The answer is that your business incur these expenses now in order to generate profit in the future, in other words – while they might not positively impact your income right now, they are still a necessity for future production and income. In addition to covering expenses like a new warehouse or production site, Capex can also include the improvements and additions to existing assets.

So, what is the significance of Capex in your business budgets? Well, in short we can say that it reflect how much a business is spending to invest in their future. Business analysts are often interested in the capital expenditure budgets of major companies for this very reason. Naturally, Capex can vary considerably from year to year, meaning that capital expenditures ought to be considered over a period of time.

The appropriate capital expenditure depends on the industry. Some industries such as oil and gas necessitate a lot of capital investment, whilst others such as retail do not need nearly as much. Capex is also easier to understand when compared to the capital expenditure of rival organisations.

Opex is short for ‘operational expenditure’ and refers to expenses a business incurs in its day to day operations. Operational expenditures such as wages, utilities and rent tend not to have future benefits. Rather, they are a necessity for right now. General repairs and maintenance of buildings are also considered an operating expense, supposing improvements and additions aren’t being made which impact the efficiency or longevity of the asset.

Opex is important to consider as it accurately reflect the costs of doing business, since no future benefits are gained. If the Opex is too high, a company can easily lose money. Unlike Capex, the debt of which can be offset by future benefits, suffering debt to pay for Opex is always a problem.

Like Capex, the appropriate Opex depends on the industry, and is more readily understood when looking at the figures of other businesses.

Accounting for Capex and Opex

A major difference between these two types of expenses is the way they are accounted for on your income statement.

As Capex acquires assets that have a useful life beyond the tax year, these expenses can’t be fully deducted in the year they’re incurred. Instead, they’re capitalised and either amortised or depreciated over the life of the asset. Intangible assets such as intellectually property are amortised, and tangible assets such as equipment are depreciated over their lifespan.

However, operating expenditure can be fully deducted. This means that Opex can be subtracted from the revenue when calculating the profit/loss of the organisation. Most companies are taxed on the profit they make, so any expenses you deduct influences your tax bill.

In terms of income tax, organisations usually prefer Opex to Capex. For this reason, businesses will lease hardware from a vendor instead of buying it outright. Buying equipment is Capex, so not all of the money paid upfront can be deducted. The amount paid to a vendor for leasing is Opex as it is incurred as part of the daily business operations. Therefore, the organisation can deduct the cash that it spent that year.

Deducting expenses reduces income tax, which is levied on net income. It is also beneficial when considering the time value of money – money available at the present time is worth more than in the future due to its earning capacity.

However, if a company wants to boost its earnings and book value, it may decide to make a capital expense and only deduct a small portion of it as an expense. This will lead to a higher value of assets on its balance sheet, as well as a higher net income that it can report to investors.

Capex, Opex and the Cloud

With the public Cloud, the service provider is the one making the Capex, so that their users can buy in an Opex or pay as you go model.

A private Cloud involves an organisation’s IT team doing the Capex, so that users or business units within a company will be able to consume the resources in an Opex or pay as you go model.

Businesses can use resources from both private and public Clouds, which becomes a hybrid Cloud. A hybrid Cloud can be managed by a single solution. If the buyer of the public Cloud is your IT team, then the hybrid Cloud essentially becomes a combination of Capex and Opex models. This gives businesses better flexibility to control their costs.

Cloud Services are fast becoming the norm for any modern business. However, there are so many solutions available that spending time finding the right system for you can cost your business a significant amount of time and money, and runs the risk of you implementing a solution that isn’t ideal.